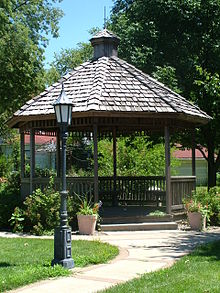 The Village of Alpha was first laid on June 1, 1872, by resident Anson Calkins. Alpha itself was created as a railroad town and eventually replaced the town of Oxford, which was located about three miles west of current day Alpha. The village was named Alpha (the first letter of the Greek alphabet), because Calkins believed it was the beginning of a great city. It was officially incorporated on January 11, 1895.

Today the population of Alpha is home to about 700 people. Nestled on the corners of Knox, Henry, and Mercer counties along US Highway 150, Alpha is a quiet bedroom community located in between three large population centers consisting of the Quad Cities (381,000 people), Galesburg (77,000 people), and Peoria (416,000 people). Many residents gladly embrace a commute to work of 25 minutes or less as a trade off for more affordable housing and taxes, smaller classroom sizes in our schools, an abundance of community events, and the chance to join many area clubs and organizations.

Some great new programs and facilities that have been discussed for our community include a playground on the west side of town, organizing portions of the Oxford American Legion as a Community Center/Senior Citizen Outreach Center, purchasing an electronic billboard to share community news more effectively and a nature trail connecting Alpha and Woodhull. Click here to read our Village of Alpha Community Action Plan or if you would like to learn more about volunteering for this efforts, please check out our contact us page here!